Fear is not an option, De Correspondent and Vice

The best of #goshort16 on social media

The Best of Go Short on tour!

In the beginning of 2000, after studying in history and anthropology, Dan Karo discovers an avid interest in short films and experimental films. In 2007, he joins the ranks of the Festival du nouveau cinéma as a coordinator and today he is a film programmer. In 2009, he co-curated with filmmaker Marie Losier, a month long program dedicated to Quebec cinema at the FIAF in New York City. His own directorial debut VACARME, 2011 ended up as a finalist at the Jutra Awards that same year. Shortly afterwards a documentary on cinema at work (L’OURS, 2013) earns him a spot at the Locarno film festival. In 2016, he completed his latest short CHÉRIE (QUAND JE PENES À TOI).

Director Morgan Knibbe graduated in 2012 from the Netherlands Film Academy with his film A Twist in the Fabric of Space. For this film he won a Wildcard of the Netherlands Film Fund. With his short film Shipwreck he won more than 20 awards, including two Oscar nominations. Morgan's debut feature film Those Who Feel the Fire Burning shows in an unconventional, poetic form a serious social and topical issue: the daily life of refugees who are stuck at the edge of Europe. The Dutch Oscar Selection Committee selected the film for submission to the Academy Awards. Recently, the film won two Golden Calves at the Netherlands Film Festival. Morgan also received the award of the Directors of the Forum, a program for groundbreaking cinema.

Karin Vandenrydt graduated with a degree in scientific studies. In 1990 however she decided to give her career a radical turn by going back to her first love: the cinema. She started working for the production companies Alexis Films and Itinera Films. In 2000 ANIMA, the Brussels Animation film festival, asked Karin to develop the Flemish-spoken branch of the festival. She accepted the challenge and went to work for Folioscope, organizer of ANIMA. Karin is a member of Anima's selection committee and of the programming team, while also taking care of selecting the festival’s juries. Karin furthermore served in international juries and selection committees at several international festivals. She is a member of the Flemish Film Rating Commission and of the Flemish Film Commission.

Sophie Kaufman has worked for the independent movie magazine, Little White Lies since editor, gentleman, scholar and playful spirit, David Jenkins rescued her from a job livetweeting events in the Big Brother House in 2013. Writing chin-stroking long-reads are her favourite form of film-writing. Beyond the magazine, she enjoys working with feminist film festival, Bechdel Test Fest and contributing in miscellaneous ways to making a more understanding world. Sophie programmed and produced a film event at the ICA London called, 'Can creativity help tame mental illness?" and has just started a podcast about bulimia called 'Spill Your Guts'.

Born in Rome (1985) and now based in the Netherlands, Lenina works as a scriptwriter. After a bachelor’s degree in Comparative Religion and Philosophy she continued her studies in Film. In 2013 Lenina graduated as a scriptwriter from the Dutch Film Academy with an award-winning short Days of Steel. As a storyteller she enjoys consulting documentary makers. Having a great interest in the hybrid form between fiction and documentary most of her current work combines elements of both.

Sari Volanen has worked at Yle (Finnish public television) for over 25 years, the last 15 years of which producing shorts, documentaries, animation and fiction in the co-production department of Yle. She is in charge of a strand called New Cinema. Volanen is also a board member of Tampere Film Festival.

Enrico Vannucci works as short film advisor at Venice Film Festival and he is a member of the organizing committee of ViaEmili@DocFest. From 2010 until 2014 he worked as director at Ozu Film Festival. He has also written essays regarding the short and feature film festival ecosystem. Moreover as a journalist he has been covering major film festivals since 2009.

Zlotorowicz graduated from the Polish National Film School in 2013. His student documentary Charcoal Burners (2010) was screened at about 140 international festivals, including DOK Leipzig, and garnered recognition in the form of over 30 prizes and awards. Another of his short films, Normal People (2011), premiered at the 51st Krakow Film Festival, was awarded the Silver Tadpole for cinematography at Plus Camerimage 2011. His latest work Mother Earth (2014) was awarded at 67th Locarno Film Festival.

David Deprez is artistic director at Lumière Cinema Maastricht (the Netherlands). The cinema is actively involved in promoting regional short film talent and developing a film production climate in the Meuse-Rhine Euregion. In September 2016 Lumière will move to a new venue and become one of the biggest arthouse cinemas in the Netherlands.

Ena is an Amsterdam based, Bosnian filmmaker who studied Filmstudies at the University of Amsterdam and the Freie Universität Berlin, before graduating from the Dutch Film Academy as a writer/director in 2014. She wrote and directed several awarded short films. Her debut short Travelers into the Night (2013) received the VEVAM Best Dutch Short Award at Go Short 2014. She is currently finishing her latest short Import (2016) and working on her feature debut, whilst also teaching at the Dutch Film Academy screenwriters department.

"I love movies and series very much. By watching a movie or series I can get away from reality and live in a world of fantasy. For this reason, I would like to become a Director. I want people to experience pleasure by watching my movies and forget what happens in reality."

“I spend a lot of free time on music and movies. I have never visited a film festival, but I expect to see many new, beautiful things and meet inspiring people. I will mainly pay attention to the story that's been told and what the story does to you as a viewer.”

I've never been to Go Short, but I hope it is going to be a lot of fun. As a jury member I will mostly look at the actors in the film and the order of the narrative, but also, of course, whether the story behind the movie has something touching. If I have the chance I’d like to become an actress in the future.

I like many different film genres, but I love horror most of all. As a jury member I will focus on originality, the story itself and the message. I am an actor myself and I also make short films, so being a jury member makes it extra fun for me.

I am very interested in the power of stories through image and sound. Therefore, in addition to school and sports, I like to spend time watching movies and series. As a jury member, I will mostly focus on whether a movie is able to avoid clichés and if it can give the viewer a new perspective on a topic.

Go Short and Dutch public broadcaster NTR proudly present the NTR Go Short Awards for Best European Short Film in four categories: Fiction, Documentary, Animation and Art Film. All films in the European competition are eligible to receive an NTR Go Short award. It’s the eighth time NTR joins us for the award ceremony, as they have been our partner from the very first edition. The winners of each category receive a € 1.250 prize.

All films in the Dutch competition are eligible to receive the VEVAM Go Short Award for Best Dutch Short Film. It’s the fourth year VEVAM, the Dutch copyright society for film and television directors, partners with us for this award. A segment of the income of VEVAM is transferred into Stichting VEVAM Fonds (VEVAM Fund for social and cultural purposes). The VEVAM Go Short Award, consisting of € 2.500, is intended to stimulate Dutch directors to experiment and expand the genre of short film.

Together with the Diorapthe Foundation, Go Short hands out an encouragement award for the Best Student Film in the Breaking Shorts Student Competition. This € 5.000 prize serves as an encouragement to a young artist at the start of a promising career in filmmaking. The Dioraphte Foundation promotes national and international projects of quality that make culture available to a broad audience.

The youngest jury of Go Short is now in its fifth year. Five teenagers with a sharp eye for quality in short film, team up in the Youth Jury. These youngsters, all aged between 14 and 18 years, provide a fresh view on a selection of films from the competition programs. They will decide who will receive the Go Short Youth Award worth of €750.

The MovieZone Award is specially designed by the 13 year old Geert Sweep, winner of Kunstbende 2015 in the expo catagory. He designed the award under the guidance of Joris van Tubergen of Protospace and used a 3D-printer. Geerts design will be used on all film festivals where the MovieZone Jury make their presence. 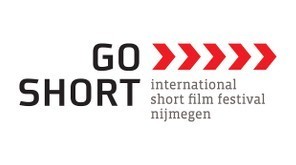 The winner of the Go Short Audience Award will be selected by using the greatest wisdom of all: the wisdom of the crowd. All shorts in competition are eligible for this € 1000 prize which is presented in collaboration with the European Commission.